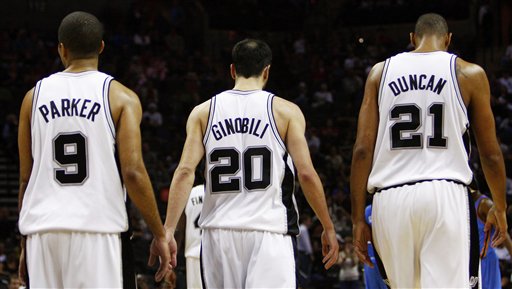 In tennis, it wasn’t long ago that Pete Sampras won 14 Grand Slam singles titles, setting a record for men’s tennis players that would be broken a few years later by another quiet assassin, Roger Federer.

Many, myself included, had never even heard what Marvin Harrison sounded like in an interview. That’s because he did most of his talking on the football field as one of the most productive wide outs in NFL history ranking in the top-six in yards, touchdowns, and receptions all-time.

For 23-years Greg Maddux stood on a mound and dominated hitters to the tune of 355 wins, four consecutive Cy Young awards, 16 Gold Gloves (12 consecutive), and between 1988 and 2004 he didn’t lose less than 15 games and no less than 10 for 20-seasons apart from that.

Mariano Rivera threw one pitch for the majority of his career. Everyone knew it was coming, yet 608 times (and 42 more in the playoffs) he quietly and confidently dominated the last two innings of the ball game.

A major league record amount of times I might add.

Which brings us to the silent juggernaut in this NBA’s playoffs the San Antonio Spurs and their quest to win a fifth NBA championship since 1999. They’ve been called everything from boring, to “old-school,” to just old in general. Yet what they did this season in not only compiling the leagues’ best record (50-16), but they had the second best point differential (+7.2) behind Eastern Conference number one Chicago and were the number one scoring team in the NBA.

Let that sink in for a moment. Chicago, Miami, Oklahoma City, Los Angeles (Clippers or Lakers) couldn’t match the Spurs offensively and couldn’t penetrate their defense enough to make it close. When was the last time an offensive was, technically, the most prolific in a sport and was dubbed boring? That doesn’t happen often, so why now?

Most of the people I’ve spoken to who watch sports and the NBA in particular give the same answers they give about the other athletes named earlier as they do the Spurs. Pete Sampras had a serve and forehand that should be taught by every American tennis coach in the country. The reason he was so successful was because, like everyone else named before him, he could do the same things over and over again to the point that it seemed boring.

Much like the Spurs. They drown you with defense, can beat you inside and outside on any given night, and they do so at a pace that leaves most opponents wondering what just happened. They went 14-2 in April and have yet to lose in May. Better put, they have yet to lose in the playoffs.

I’m a believer in celebrating these kinds of runs by teams no one thinks about until they’re holding the trophy at the end of the season. As fun as highlights, controversy, and everything else that could distract from the purpose of athletics are, it’s refreshing when a team or an individual comes to work everyday, does all the things they’re supposed to do (at the highest level) and doesn’t cause a fuss on his way out after the victory.

These San Antonio Spurs are neither boring or an “evil empire.” They’re as fine a basketball team as we have seen in a long time. Duncan is one of the greatest players ever to play the game and earns every bit of his nickname “The Big Fundamental.” Greg Popovich has taken a team that many didn’t consider a legitimate contender for the West and turned them into the favorites for the NBA championship.

Take note of these Spurs for what they are and throw everything you hate about them out of the window. If boring is a high-powered, stuff you in the mouth defensive team with a hall of fame coach, center/power forward and one of the best point guards in the game then sign me up.

I know the good citizens of San Antonio have no problem adding to their rafter decor.

11 thoughts on “As The San Antonio Spurs March On, We Are Reminded That Quiet Dominance In Sports Should Be Embraced”