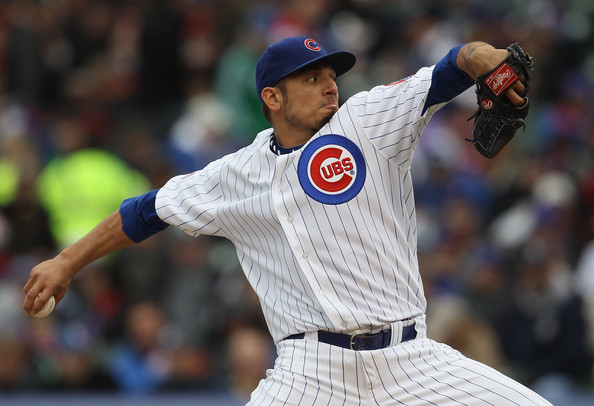 Matt Garza flipped a different switch and the Chicago Cubs were the beneficiaries.

Pitching 8-2/3 innings of shutout baseball Garza, who was acquired by the Cubs from Tampa Bay last season, showed why he was such a hot commodity. Regularly touching 95 miles per hour while striking out nine, he also had great movement and command of all his pitches today.

He ran into big trouble in the third and just couldn’t recover. The Cubs put six runs on the board and tagged him for eight total (all earned) in an afternoon to forget at Wrigley for the Brewers. He lasted just 3-2/3 innings and say his ERA jump to an unsightly 6.75. The 2009 Cy Young Award winner will get the weekend off before facing the Dodgers at home.

Starlin Castro and Alfonso Soriano continued their solid starts with each collecting two RBI’s on the day.