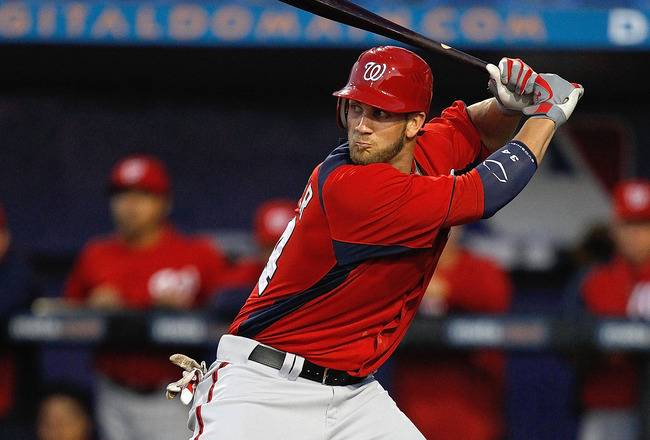 Bryce Harper is set to make his Washington Nationals debut on Saturday.

It’s as if the sports universe has suddenly tipped in favor of the nation’s capitol, but however you want to look at it, this will be as exciting as the debut of Stephen Strasburg two short years ago.

Harper, 19, was batting .250 with a home run and three RBI’s for the Nationals Triple-A affiliate in Syracuse. General manager Mike Rizzo was quoted as saying he felt Harper was swinging the bat extremely well the past few games.

The move was in conjunction with the placement of third basemen Ryan Zimmerman on the 15-day disabled list. The amount of time Harper stays with the ball team will also depend on how he fares in the time up to Zimmerman’s return.

Curious move considering you had two players (Corey Brown and Mark Teahan) playing considerably better to this point. Don’t know if I necessarily agree given the “we don’t want to rush him” rhetoric coming from the manager and front-office. You have the best record, in first place, and decided to bring him up just because? Curious indeed.