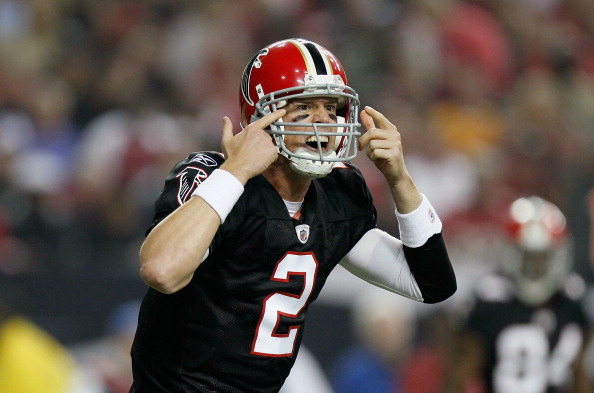 Atlanta had a scare given to them by the lowly Raiders.

Down more than they ever should have been the Falcons rallied furiously and turned what would have been a head scratching loss into a 6-0 beginning to their 2012 football season.

Doesn’t matter who the opponent is or what the box score reads, an “almost win” is still a loss.

Contenders prove this time and time again. Being a good football team isn’t an easy feat and doesn’t come without its challenges big or small. Just ask the now 3-3 Green Bay Packers what their status is going into week seven. Most wrote them off as a struggling bunch who was looking at two seasons without a Super Bowl appearance and possibly not even making the playoffs. Then they went out on Sunday night and did what good teams, contending teams do when they have to get it done. They beat the best team in the AFC, with the best defense in the AFC (possibly league) on a Sunday night game that could have been considered a mismatched Madden bowl contest. Aaron Rodgers and co. strolled into Houston and dropped 42 points on them.

By the way, Aaron Rodgers threw for six touchdowns. You do the math.

Contenders and pretenders are separated by one thing: their ability to come through when it is time to get a victory. Yes, we should consider the Seattle Seahawks a contender in the NFC for a playoff spot. They just beat last years AFC champion with a solid defensive effort courtesy of their top-5 defense; and their rookie quarterback, who I think once he gets the correct offensive mind/philosophy behind him will be special.

There were no gimmicks, no smoke-and-mirrors, and no questions because when it was all said and done the Patriots left 3-3 (tied with the New York Jets for first in the AFC East) and the Seahawks kept pace with Arizona and San Francisco in the NFC West.

Speaking of those 49ers.

Don’t panic San Francisco, you still have one of the top teams in the National Football League. It just so happens that you may have slightly underestimated (as is usually the case with the Giants) just how good the defending Super Bowl champs are. All the Giants did was go out west and smack the 49ers around for four quarters. No amount of spin, optimism or analysis should convince you otherwise that a 26-3 loss at home is a cause for concern. Especially when that loss came at the hands of the team that took it from you last year. Jim Harbaugh has a great thing going out in California, but Tom Coughlin just delivered a lesson on how getting things done goes.

So did the old pro Peyton Manning, who showed Philip Rivers just how difficult life is going to be with him in the division now. If you’re team is up 24-0 by halftime there is no excuse for 35 STILL unanswered points. The clinic the Broncos put on in the second half of that football game should be boxed up and shipped to San Diego because it is something they have been missing for quite some time. How big was that game last night? Manning and the Broncos head into the bye week at the most comfortable 3-3 of any team in the league. They just humiliated a division rival on the road and come out of it playing seven of their next 10 against teams below .500.

So as we sit here on the Tuesday before week seven lets remember that teams are legitimately starting to show who they are. No sense in arguing about how a “blocked kick” or a “one play” kept you from winning a game. That isn’t what it is about anymore. It’s about your team buckling in and doing what needs to be done to get into the most important column in professional sports.