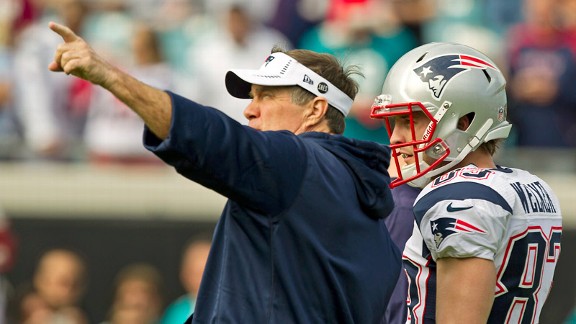 There’s arrogance, and then there’s Bill Belichick and the New England Patriots.

By now we all know that Wes Welker will no longer be catching passes from Tom Brady. Welker, who was franchised by the Patriots last season, signed with the Denver Broncos for two-years, $12 million dollars. But, looking at this deal a little closer you start to realize it didn’t have to end up this way for both sides.

Now am I saying that Wes Welker is the best receiver in the National Football League? No. But what I am saying is that you just allowed a guy who caught 672 passes, for 7,459 yards and 37 touchdowns since 2007 leave because someone couldn’t find $1 million dollars under a mattress somewhere. It isn’t my money, it isn’t my personnel decision, but I don’t think that a guy who has been the single most important part of your offense not named Tom Brady getting paid for his contributions is too much to ask for. Especially in an age when athletes are unrealistic about their value, here’s a guy that could have asked for $11 million, but wanted $7 million.

Don’t kid yourself, Patriots fans; this isn’t Deion Branch, Troy Brown, Randy Moss, Jabar Gaffney, or any of the others who have come and gone in this system. This is Wes Welker, a guy who has not only put up numbers, but hasn’t missed a game since 2005. Welker, who I again credit as a realist, even turned down more money to play for a contender (sources say he was offered $15 million by another team), and recognized that should he continue at this level he may be setting himself up for another nice contract after this.

So what do the Patriots do? Not much really. They still play in the AFC East, a collective group which the Patriots have fed off of for a decade. They will still win the division this season because the other teams within it aren’t close to figuring out what it takes to put together a roster. Some will point out the fact that the Patriots make these moves all the time and come out fine. I say, well, you’re right. I’d take any of the other three teams in that division six times a year every year as well.

They will also sell Danny Amendola as their new slot receiver to the Patriots nation. A nice player, 27-years old (five years younger than Welker) that they will “plug in” and he (very well) could produce the same way Welker has the last six years. They could even sell you on the fact that they went to the same college (Texas Tech) and make light of the situation a bit with a few height jokes (Welker “stands” 5’9″ to Amendola’s 5’11”).

My feeling, though, is that it while it shouldn’t be that easy, it will because of nothing more than geography.

Amendola is a good slot receiver, but his inability to stay on the field should be a cause for concern. You see, unlike Welker, once inserted into the role of slot receiver the comparisons end there. Welker didn’t have the benefit of a talented young quarterback to start his career while he was in Miami. Amendola did, Sam Bradford. But Amendola has yet to prove he can consistently stay on the field, playing in just 12 games (eight starts) since 2011. Which is why when I heard the figure at which the Patriots signed him for (five-years, $31 million dollars with $10 million guaranteed) I had to laugh. They know, as well as the rest of us, that whatever qualifiers he needs to hit in order to get all that salary he won’t physically be able to hit. That isn’t me wishing ill-will on him, just the facts. Especially in a system that relies more on their tight ends than anything else, nowadays.

Maybe Belichick is still reluctant to commit to receivers (or anyone for that matter) after being burned by the Andre Rison deal back in 1995 while coaching the Cleveland Browns. Maybe, in his heart of hearts he thinks this is a Super Bowl move. Whatever the case, while this could work out for him, at some point it won’t.