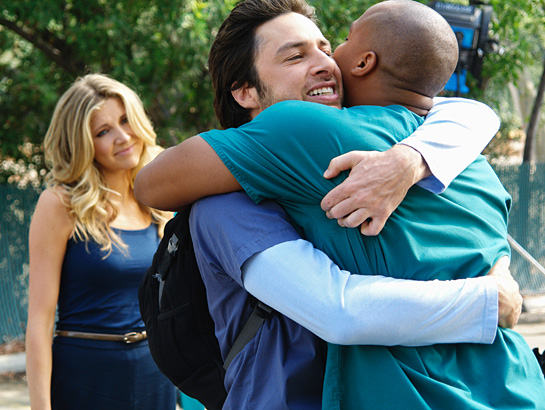 My first go-round with a pop culture article, I decided to write about something that has been on my mind a while. I grew up on scripted sitcom comedy. As fun and exciting as Survivor or Keeping Up With The Kardashians might be, it isn’t for me. I remember when TGIF meant a night full of pretty good shows and surprisingly great writing. Even NBC’s legendary lineup is something to remember before it became a place where talent goes unappreciated.

But something that has always bothered me is the constantly overlooked brilliance of Scrubs. This isn’t me writing to convince you, I already know how genius that show was. But I just thought it would be fun reasons why if you overlooked the sitcom (or if you just want to reminisce with me for a bit) you should reconsider.

(I highly recommend more of his stuff)

There are many, many, many more reasons that I could give. But I think the clips and the reasons above are sufficient enough from me. Oh…and this (check reason number 5). What are yours?

2 thoughts on “Why ‘Scrubs’ Is One Of The Greatest Sitcoms. Ever.”